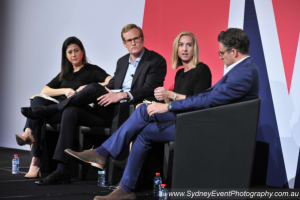 “The battle for Prime Minister will be won and lost by what’s on the front page of the newspaper every morning,” IPG Mediabrands CEO Danny Bass said.

Speaking on the closing panel at the Media Summit, News Corp account manager Angus Davidson and Bass discussed the issues faced by publishers and the relevance of papers in the digital age.

“The news agenda is still set by the newspapers,” Bass said.

It’s a sentiment News Corp has pushed before.

When the double dissolution was announced, News Corp head of print innovation Zac Skulander told AdNews every angle of the election would play out across the papers.

This is why News Corp invested in a translucent wrap for its double dissolution front page for the Daily Telegraph – an innovation that helped the paper stand out in a sea of Sco-Mo illustrations from other mastheads. 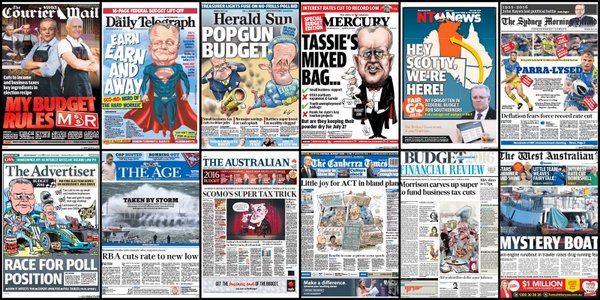 Davidson acknowledged the adversity News Corp continues to face, saying there has been a big shift in what news looks like now compared to 10 years ago, but ultimately he still believes in the power of the brand.

“The position for news is the brand is still very strong and the audiences are there and growing,” Davidson said.

"It seems like common sense - there’s been a change in the audience, the way people consumer news, so opportunities around advertising have to change,” he added.

Davidson says there is a lot of movement within the company, including the acquisition of companies including Unruly, a video ad tech company, and its data deal with Quantium, and there’s more to come.

He says while it's difficult to forecast news stories, it could be potentially improved by programmatic technologies and it’s something News Corp could explore in the future.

“The digital space and what’s happening with newspapers is what makes coming to work everyday interesting,” Davidson said.