The story behind the Daily Telegraph's front page wrap 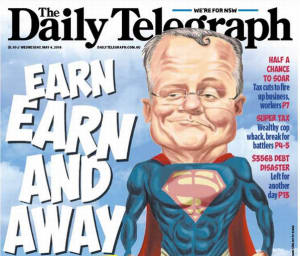 The front pages yesterday were all about one thing – the budget. Every paper used their own version of a cartoon character, but in a sea of illustration the Daily Telegraph stood out with a translucent wrap which acted as a "reveal" to the actual front page.

One the translucent wrap was an illustrated image of treasurer Scott Morrison in a suit, which when lifted revealed Sco-Mo dressed as Superman.

The back page was designed with a similar concept, featuring points from the budget on topics such as tax cuts and negative gearing from the perspective of Morrison. When lifted it revealed TV host and columnist Joe Hildebrand's opinion on the same topics. 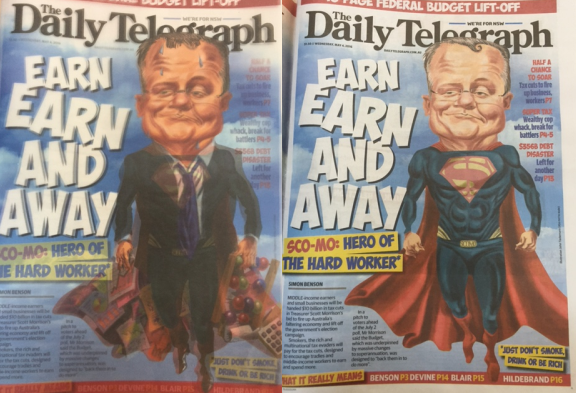 The double wrap feature is an innovation The Daily Telegraph has used before for Westpac, but yesterday was the first time the concept had been used for editorial, News Corp head of print innovation Zac Skulander tells AdNews.

“Newspapers aren't dead,” says Skulander. “If no one is doing it, we're going to start. We want to be pushing the envelope.”

Skulander says yesterday was the day to be creative with the front page, up against other mastheads reporting on the same story. 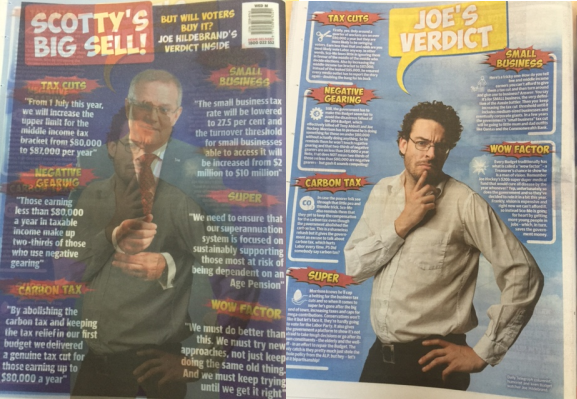 Since the Westpac wrap, Skulander says there has been interest from advertisers, keen to invest in the premium real estate.

The concept was initially launched earlier in the year at News Corp's innovation week. Skulander says News Corp is exploring other ways to bring more life to print in coming months.

See the wrap in action below: