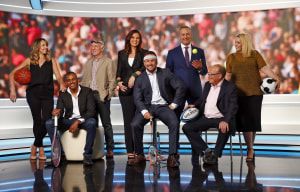 News Corp Australia is drawing on talent from its entire business for the first time to build its Tokyo 2020 Olympic Games coverage team.

The team of 44 will include reporters from Sky News and Fox Sports, and is the organisation’s biggest team since the Sydney 2000 Olympics.

News Corp Australia, the official and exclusive print partner and an official digital partner of the Australian Olympic Committee, has appointed Fox Sports head of TV Steve Crawley to Olympic director and The Sunday Telegraph editor Mick Carroll as Olympic editor to lead the coverage.

Along with the expanded team, News is also opening up new commercial opportunity for brands.

This includes making new integrations available for clients across verticals such as news, food, travel, women, prestige and auto.

"There has been a traditional way media cover an Olympic Games but the world has changed and so have we.

“We’re a world-leading media company and we’ll bring our Australian audiences a completely new approach, from both on and off the track.”

Carroll says it will use the expanded team to look beyond the sporting events in Tokyo.

"At every Games it is always striking how many great stories happen outside the games arena and this year our team is organised to capture those stories first and best,” Carroll says.

"While other media focus solely on the sports, our reporters will also immerse themselves in the life of the Olympic city to provide audiences with unique insights of what fans will experience.

“From sumo to shrines, sashimi to Samurai, we’ll cover every angle from an Australian perspective."