News Corp and Fairfax in discussions to sell regional papers 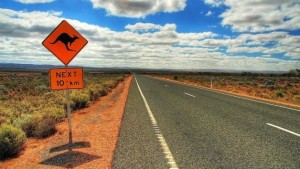 News Corp and Fairfax are in conversations with potential buyers of their regional and local newspapers.

According to a report in the AFR, private equity firm Allegro Funds is "actively running the numbers" on both News Corp and Fairfax's regional publishing outfits.

News Corp has hired investment bank Citi as an adviser to explore the options of a buyout from potential suitors and private equity firms, which could also include Anchorage Capital and Apollo, according to The Australian.

The company's regional assets were bolstered in December last year when it acquired APN News & Media's regional newspaper portfolio for $37 million, adding 12 daily newspapers, 60 community titles and 30 websites based in regional Queensland and northern NSW to its publishing slate.

Analysts have long suggested it would be a profitable move for News Corp and Fairfax to combine their regional businesses, allowing the companies to share print facilities and reduce costs.

However, the merger of any News Corp and Fairfax assets is likely to hit several roadblocks due to the ongoing rivalry between the two publishers. Sources close to the businesses believe the only way the two could enter a merger would be through the dual acquisition of a private equity firm.

A merger of this significance would have previously come under intense scrunity by the ACCC, but with media reform laws now relaxed, it could enable Fairfax and News Corp to pursue a tie-up to compete with the likes of Facebook and Google.