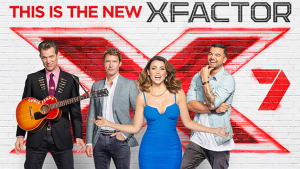 The network launched the first episode on Facebook with a targed, limited release to users that was only available for a short period of time.

Channel Seven director of production Brad Lyons said:  “This is an extraordinary response from fans eager to taste what this series has to offer. Thank you to all the fans of The X Factor who have overwhelmed Facebook to catch the first episode of X. You have broken records.”

The show will premiere on Seven at 7pm this Sunday.

Seven West Media has appointed Dan Stinton as head of digital for West Australian Newspapers and Channel 7 Perth as the company looks to accelerate the development, distribution and digital monetisation of its content.

In his new role, Stinton will lead and invest further in the digital products, sales and development teams, working alongside the cross-platform WA editorial teams.

Seven West Media's chief digital officer Clive Dickens said: “We are really excited to welcome someone of Dan’s experience to lead the digital team in Western Australia. It is a team which is already experiencing market leading revenue growth. This appointment will enhance this momentum.

“To leverage our WA scale and resources, assets, content and platforms requires a unique leader and in Dan we have identified one of the best.”

Chrysler to remedy complaints after ACCC investigation into vehicle faults

Fiat Chrysler Australia has provided an administrative undertaking following ACCC investigation into vehicle faults complaints and its handling of them.

The undertaking includes a consumer redress program and a review into the handling of previous complaints, as well as an Australian Consumer Law (ACL) complaint program which includes a complaints handling system.

The ACCC received a number of complaints from Chrysler customers concerning vehicle faults and how their complaints were handled by Chrysler and its dealers. The complaints related to various issues including delays in sourcing spare parts and failing to adequately deal with customer complaints.

Chrysler’s administrative undertaking includes a process where particular affected Chrysler customers can agree to have their previous complaints independently reviewed, with Chrysler committing to implement the remedy recommended by the independent reviewer.