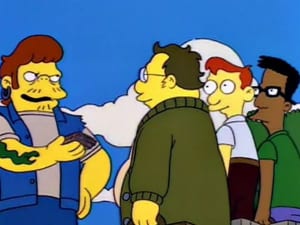 Seven gets trolled by Simpsons fans

Seven News has been flooded with fake news tips based on references to The Simpsons.

Simpson fans have been sending fake exclusives to the news station's Facebook page with storylines from the animated TV program, including armed robbery and theft. Luckily, the news team caught on and decided to hit them with their own reference.

Reality star and former Olympian Caitlyn Jenner has shared a behind-the-scenes image on Instagram from her shoot with H&M. Jenner, who last month inked a deal with MAC cosmetics, is now tapping into her sporty side for H&M’s athletic wear campaign.

Megan Gale has vowed never to work with Seafolly again after the brand has produced a collection that bears a “striking resemblance” to her own label.

Gale worked with Seafolly for six years while she launched her swimwear range. Last year the two split amicably.

Apple will hold its next product launch on 21 March (US time) – with analysts and tech blogs expecting the brand to announce a new four inch iPhone, a smaller iPad Pro and new bands for the Apple Watch.

Members of an ABC Four Corners crew were detained in Malaysia over the weekend while trying to question Prime Minister Najib Razak over a corruption scandal.

The ABC confirmed that its journalist Linton Besser and camera operator Louis Eroglu were detained, but were then released about six hours after attending a press conference in the the city of Kuching. Their passports were seized and they have now been told not to leave the country, the ABC reported.

Foxtel and Network Ten have announced season 3 of the local-production Gogglebox Australia. The show about people watching television will premiere on Foxtel’s The LifeStyle Channel in April. Last year Gogglebox was the break-out show of 2015, topping demographics in the ratings.

AppNexus has announced the development of new technology that cuts latency in video advertising by up to a factor of 1,000, from an average of five seconds to as little as five milliseconds.

With delay in video playback results resulting in a 6% abandonment rate, AppNexus says the technology responds to the critical problem of latency in digital advertising ecosystem.

Subaru Australia has announced a new brand platform, Suburu do. Over the next year, ‘do’ will be incorporated into every customer touch point, from dealerships to the digital space and marketing campaigns.

‘Do’ was designed to bring to life Subaru’s global “Confidence in Motion” direction that is also being incorporated into the brand’s communications locally. The “do” direction replaces the ‘All 4 the Driver’ initiative introduced six years ago.

The Australian Association of National Advertisers has announced a series of marketing lectures in partnership with MCN called Marketing Deconstructed, led by associate professor Mark Ritson.

The series will be held in Sydney and Melbourne throughout May, July and October, focusing on fundamental aspects of the profession. Read more here.