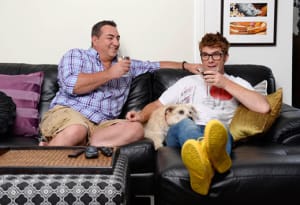 News won the night, according to the overnight OzTam figures, with the top five programs of Thursday falling under the news and a current affairs banner, while the Australia vs New Zealand test managed to just slide into the top 10 programs of the night.

Ten's showing of Jamie's Super Food picked up 629,000 viewers and was the 14th most watched show of the evening.