Heineken has announced it plans to mark two decades of partnership with the Australian Open. The beer brand is upping its brand activations this year, with events taking place at the Grand Slam Oval and across Melbourne.

The Heineken Saturday flagship event will be hosted for thousands of fans, with Hot Dub Time Machine headlining the event. Throughout the fortnight the tournament takes place, the Heineken Beer Garden will be open for fans; a popular venue in past years.

Heineken is partnering with more than 20 bars around Melbourne for those who missed out on a ticket.

Sydney-based CX agency Lavender has announced that its executive creative director Marco Eychenne has been made a partner at the agency.

Eychenne joined Lavender in 2012 and as part of the executive team has been part of the agency's repositioning as a CX agency, a multichannel offering underpinned by the five pillars of consulting, data, creative, technology and delivery.

Previously, Eychenne worked at BCM Partnership, Whybin\TBWA\Tequila and had a prior stint at Lavender between 2005 and  2008.

Lavender CEO Will Lavender said: "Marco’s immersed in our creative product. His talents and positivity have built much happiness in the agency - he’s a true creative who’s doing what he loves.”

Dan the Optus man nominated for Australian of the Year

Late last year we saw Optus receive a huge backlash for placing signage and advertising written in Arabic in stores in areas with large Arabic-speaking populations.

The signs were taken down after the Casula store in Sydney’s west was threatened.

The backlash then continued online, which is where Dan, the king of social media, came in. Now, he has been nominated for Australia of The Year. 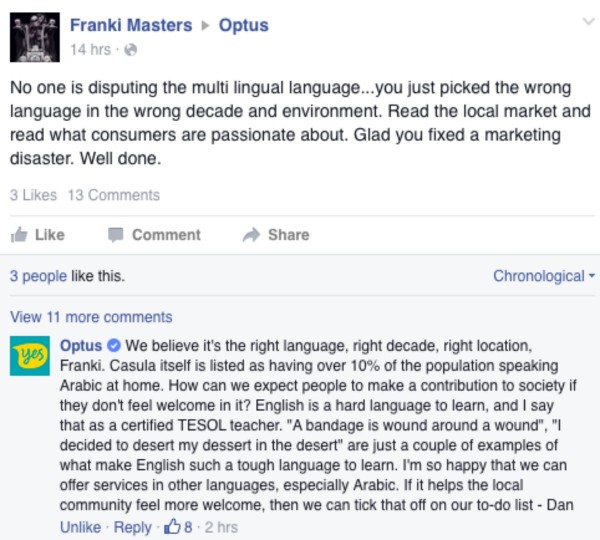 Dan defended Optus’ choice and slapped down racist remarks made on Optus’ Facebook page. The 'absolute legend' been asked for his hand in marriage, gotten Optus back in many people’s good books and even has his own fan page. 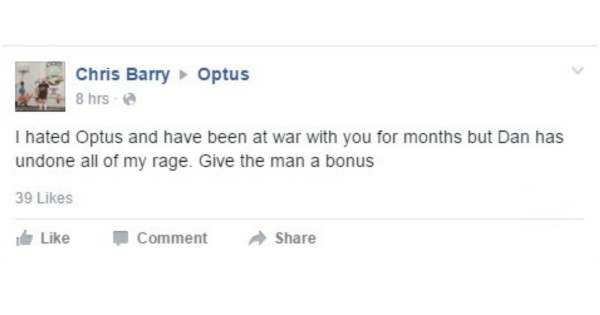 Whether or not Dan is a real person or just a clever marketing group, we’re not sure.

But if you are real Dan, we’d like to meet you.

Now you can brag about going to the gym in emojis from Virgin Active. The global health club has developed an app of fitness emojis doing various exercises such as squatting, running and yoga poses, called emojivation.

The emojis were created by Swyft Media as part of Virgin Active's “we've got a workout for that” campaign.

Virgin Active head of fitness Andy Birch says the app fills a gap in the market, with health and fitness being talked about so much on social media. Birch hopes that the emojis will act as motivation to sweat it out at the gym.

The app is available on iOS and Android for free download. 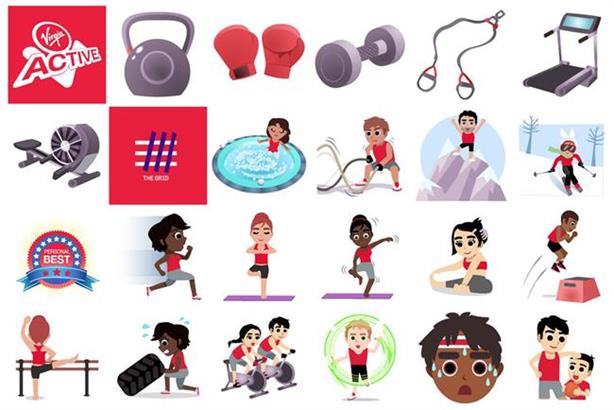