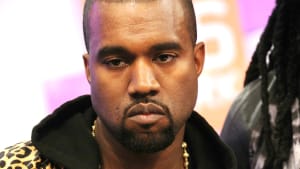 Gourmet Traveller editor-in-chief Anthea Loucas Bosha has exited Gourmet Traveller after 13 years. In an announcement made on Friday night, Bauer Media said Loucas Bosha would leave the business for “personal reasons”. She becomes one of the slew of senior executives, including Marina Go and Carl Hammerschmidt, who have recently left Bauer. She will leave at the end of January with a search for her replacement underway.

Atlas shifts focus to on measurement

Facebook is winding down part of Atlas, the ad serving and measurement platform that is based on data from real people and real actions. Atlas was founded in 2014 as a “people-based marketing” offering, with the idea that people, not cookies, should be at the centre of every decision advertisers make. However, in a new blog post Facebook says it will start winding down the ad serving portion of Atlas. “We believe Atlas will have a greater impact and create more value for advertisers by focusing on measurement; especially as people continue to shift to mobile and more ads are served by publishers themselves instead of third parties”, it said. More than 300 of the world’s top advertisers have run measurement campaigns with Atlas in the past 18 months

Kanye West rages against the internet – and radio

Kanye West has let rip during a 15-minute speech at a concert in Sacramento, California. The rapper railed against the state of the music industry, politics and the internet. He said his tour was “more relevant than radio and if y'all keep following old models, your ass is going to be Hillary Clinton”, before saying everyone had been “lied to” by Google and Mark Zuckerberg. Check out the full rant here.