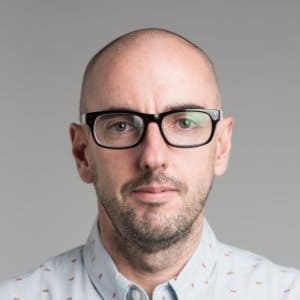 Five months after his exit from R/GA, former MD Jon Holloway has finally revealed why he left advertising. The outspoken creative took to LinkedIn to announce his new startup business, Zuper Superannuation. The venture aims to modernise superannuation and give people more control of the fund. Read his post here.

When an exclusive isn't exclusive

Media Watch has called out The Australian for taking "exclusive" stories from regional journalists. Last week, The Australian was called out for labelling its story exclusive when it was reported first in other titles. For example, an "exclusive" story on toxic chemicals from an RAAF base in northern NSW was first reported in the Newcastle Herald in 2015 - it even won a Walkley. One journalist on the program said: "The Oz front page 'Exclusive' contained nothing that the Newcastle Herald hadn't already covered during nine months of exhaustive reporting". The Australian editor John Lehmann defended the title, saying the stories all include news-breaking facts.

Compare the pair. Same splash but one is EXCLUSIVE pic.twitter.com/jvNGO8BLjh

News.com.au has retained its top spot in the Nielsen Digital Ratings for April, with ABC.com.au, Nine.com.au, and the smh.com.au all holding their position in the top four. Readership slightly dipped for all four news sites, impacted by the Easter and Anzac holidays, with News.com.au hitting a unique audience of 5.6 million (-2%), ABC at 4.6 million (-5%), Nine.com.au at 4.4 million (3%) and smh.com.au achieving an audience of 3.8 million (-7%). The Guardian jumped up one spot to fifth place with a unique audience of 2.9 million (+0.4%) and Daily Mail Australia moved to sixth (2.7 million, -16%).

Spotify has hired an executive tasked with helping it buy other companies, according to a report in Recode. The music streaming service is bringing on Sheila Spence, a longtime M&A specialist at ad giant WPP, as its vice president of corporate development in the US. Spotify is preparing to go public via an unconventional public listing later this year or early next year, at a reported valuation of $13 billion, which could give Spence cash to play with.