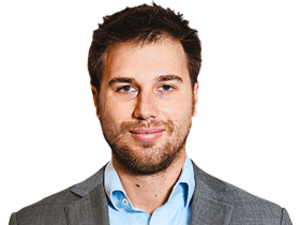 Jake Mitchell has exited The Australian to become business and corporate development manager at Stan after less than 18 months covering the media and marketing round, News Corp has confirmed. In his new role, Mitchell will work with Stan's existing and new business partners to develop new commercial opportunities. Son of Chris Mitchell, the former editor-in-chief of The Australian, Jake begun his media career at the Australian Financial Review before following in his father’s footsteps at The Oz. Mitchell Bingemann has been named as his replacement and Stephen Brook will join the team as diarist in the coming weeks.

Verizon’s acquisition of Yahoo was expected to close in the first quarter of 2017, however it has confirmed in its fourth quarters earnings report the deal is getting pushed back to the second quarter of this year. While the company did not offer an explanation to why the deal has been delayed, Yahoo has been dealing with major hacks of its system last year. With Yahoo tied up with Seven West Media in the Australian market, the postponement is likely to impact any decision made on the future of the joint venture between the publishers.

Humpty Dumpty is getting his Super Bowl debut this year in Turbo Tax's ad. Previously the brand has focused on celebrities, from DJ Khaled to Kathy Bates. The notorious nursery-rhyme egg will star in three spots, including a 45-second spot on Super Bowl LI in two weeks' time. The brand released a teaser on Sunday night during the AFC Championship Game, which features Humpty being attended to after his fall.

Former Crikey publisher Jason Whittaker took to Twitter to announce his new position at ABC’s Media Watch. He will now be a story editor on the show that has previously taken aim at TV’s gambling addiction and Instagram influencers. The announcement follows his exit from Private Media, Crikey’s parent company, just over a month ago.

WPP AUNZ’s point of sale display and signage agency, Active Display Group, has appointed Deane Hubball as CEO. He is replacing outgoing MD David Gittus who is stepping into an executive chairman role across the WPP AUNZ group. Hubball was most recently GM of Group Business with the Blueprint Group. He also previously worked as Group CEO of Creative Instore Solutions.