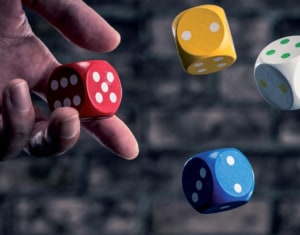 The exponential growth of gambling advertising and its likeness to tobacco’s playbook caused alarm on last night’s Media Watch.

The ABC program investigated the boom in betting ads, following the finals of NRL and AFL that put companies like Sportsbet in the front row of the footy showdowns – and the eyes of children.

The AFL grand final broadcast had 21 betting commercials in all, at an estimated $130,000 a 30-second spot, which adds up to more than $2 million dollars for Channel Seven.

Half of those ads were from CrownBet, which forks out $10 million a year to sponsor the AFL.

The program covers similar ground to an AdNews investigation into wagering advertising, which found adspend from the betting industry was worth $236 million in 2015, up from $91 million in 2011, and experts are concerned children have no way of avoiding the barrage of ads.

Host Paul Barry said recruiting children to the punt is what tobacco companies did with cigarettes, which is why betting ads are banned during programs that might be watched by kids – but when it comes to sport, there’s a massive loophole.

Since July the government has been working to close the loophole with TV networks, however Barry doesn’t see the two working together for a solution.

“Don’t expect the networks to give any ground or to knock back the money they need so badly to stay alive,” he said.

Federal MP for Denison, Andrew Wilkie, said: “The bottom line has always been that it has been inappropriate, quite improper, for broadcasters to be relying on advertising revenue like gambling when children are watching TV.”

In exchange, Wilkie and Nick Xenophon are working to cut TV licence fees worth more than $100 million a year.

But according to Fusion Strategy CEO Steven Allen, they don’t have much of a chance of forcing the networks to drop gambling ads.

“If Xenophon and Wilkie are talking about live sports only then a deal might be able to be arranged. But if they want to ban all bookmaker advertising then they don’t have a hope in hell,” he told Media Watch.

And whether licence fees are cut or not, Allen believes the networks have a point. Because taking the ads off TV, means they shift online, where it’s hard or impossible to regulate.

“Google, Facebook and YouTube pay hardly any corporate tax in this country, much less face licence fees. So it is not a level playing field, and banning bookmaker ads on TV would make it even less level,” Allen said.

In a three-part investigation, AdNews looks into the remarkable rise of sports betting advertising, how it’s becoming ubiquitous in sport and explores the social consequences. Read more here.