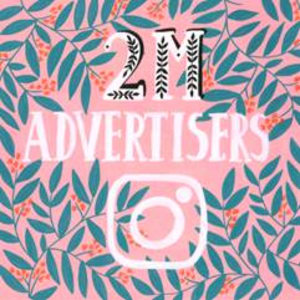 Instagram now has two million advertisers on the platform

Instagram has reached two million monthly active advertisers globally, up from one million in March this year. Prior to that, it clocked 500,000 in September 2016. The top verticals using Instagram as an advertising platform are eCommerce, consumer packaged goods, retail, entertainment and media, and gaming. Instagram has also revealed the brands are adopting new immersive formats, with 50% of businesses having produced an Instagram story in the past month. The popularity of Instagram Stories, which launched last year, is likely a driver of the rapid advertising growth of the platform, as well as the Facebook-owned company's popularity with younger generations.

Clemenger BBDO Melbourne has appointed Nicole Skyes to the position of creative director. Skyes has worked on a range of clients including NeonTV, SKY television, ASB, Toyota and Coca-Cola, holding roles at DDB New Zealand and most recently Auckland creative agency BESS. The hire follows a leadership shake up at Clemenger Melbourne, with Gayle While promoted to the newly created role of deputy CEO and Simon Lamplough to the role of managing director. Read more here.