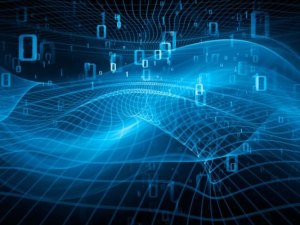 IPG's Cadreon has launched a new platform that allows digital catalogues to be marketed programmatically.

Cadreon has developed its platform from multiple technology sources such as MediaMath, Rubicon and Appnexus. The agency’s clients can now programmatically reach potential customers with whole or part of their catalogue inventory, multiplying audiences with an interactive platform that takes people from product enquiry to purchase in a single digital format.

Game of Thrones has attracted 697,000 national viewers for its two screenings of the season six finale on Foxtel’s Showcase channel, this includes the 371,000 fans who tuned in for the 11am simultaneous broadcast with the US screening on HBO. That live audience was only pipped by the season opener which aired on Anzac Day Monday, with that episode drawing an audience of 396,000.

The fifth instalment of the annual UnLtd Cup, the premier sporting event on the media, marketing and advertising industry’s calendar was won by GSA with a 4-1 victory over Fairfax at AppNexus Stadium. While Queensland continued their dominance over New South Wales in the State of Origin, it was GSA that turned the tables on Fairfax and reversed the result from last year’s Grand Final, stopping Fairfax from lifting the trophy for a third straight year.

The UnLtd Cup is an industry fundraising event directly supporting KidsXpress, where 16 teams from within the media, marketing and advertising industry play a round robin tournament and then move through Quarter Finals, Semi Finals and onto the Grand Final.

This year, the UnLtd Cup raised $37,000 through just one day of futsal, which will enable 12 children to participate in the KidsXpress world first, expressive therapy program – helping to undo the damage caused through trauma, family loss and domestic violence.

LinkedIn has announced the launch of programmatic buying as a way to access LinkedIn Display Ads. From today, advertisers are now able to buy 'LinkedIn Display Ads' through their preferred buying platform and experience the combined benefits of efficiency, targeting and performance measurement inherent to programmatic advertising and reach the world’s largest group of professionals.