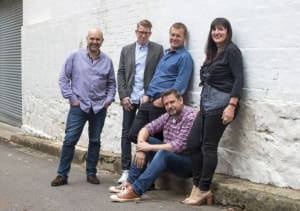 Parliament yesterday passed the proposed 25% licence fee rate cut for commercial radio licence holders. It is one of a suite of media reform measures that industry has been waiting to pass trough, and was announced in the May Budget. Joan Warner, CEO of Commercial Radio Australia, says: “The licence fee reduction is a welcome relief and the industry looks forward to continuing to work with the Communications Minister on further cuts in 2016/2017 as foreshadowed in his budget statement.” At the CRA conference in October, Sen. Mitch Fifield said further reduction to broadcast licence fees is an “active consideration”. Meanwhile Worner suggested that the radio industry was “still looking for more relief from the government in that area”.

A 25% reduction in licence

Free TV has welcomed the passing in parliament this week of the 25% reduction in licence fees for commercial television licensees. Free TV CEO Brett Savill says the Federal Government’s decision to reduce television broadcasting licence fees from up to 4.5% of gross revenue to up to 3.375% is a welcome step towards improving international competitiveness. The government earlier in the year indicated that it will consider further reductions in broadcasting licence fees later in 2016 as part of a broader package of reforms that will include consideration of the pricing of broadcasting spectrum.

Content agency Edge has restructured its senior leadership team. It has appointed Noel Magnus as group MD to run its national operations. Magnus is ex-JWT CEO and more recently Reborn MD, and has more than 30 years of advertising management experience from Australian agencies. Magnus' arrival follows the recruitment of Matt Batten, an ECD from Wunderman (London and Sydney), to head up Edge’s national creative offering, and the appointment of Dan King as MD of Edge’s Melbourne office. One of Magnus’ first hires sees the recruitment of Jo Giles as operations and production director to oversee workflow and production across all accounts. Giles previously worked at Archibald Williams, R/GA and Havas Worldwide. Edge has clients such as AAMI, Lendlease, Volkswagen, Australia Post and Suncorp, among others.

Twitter’s global chief operating officer Adam Bain has announced he is exiting the business in a series of Tweets. Bain has been at Twitter for six years but is “ready to change gears and do something outside the company”. The exit follows a global shake out that sees 9% of stuff cut worldwide, including 12 from the Australian arm.