Reborn is reborn: Magnus on building “the best new agency in the country” 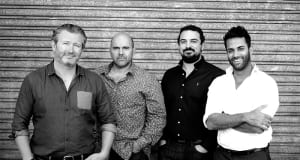 Clients want technology, but they are struggling to know how to talk to digital agencies, according to Reborn MD Noel Magnus. That is why he says Reborn is taking an agency journey into a full integrated model, to build a business that appeals to what clients want.

The most recent part of building that full agency model is the announcement this week of a joint venture with thedylanagency, a strategic agency created by former BMF managing partner and executive creative director Dylan Taylor.

Magnus also told AdNews it is also has plans well underway to launch an overseas offering by mid this year, and while he wouldn't be drawn on where, he confirmed it would be a “northern hemisphere” location.

“My arrival really was the start of the agency journey into being a fully integrated model,” Magnus said

“Digital is in our roots but with a lot of mainstream capability on board now – me and [ex-M&C Saatchi creative director] Paul Dunne – I really wanted to complete the holy trinity: digital, mainstream and direct marketing, EDM. It was really about finalising the picture going forward.”

Thedylanagency has already relocated to Reborn's offices in Chippendale and currently still operates under its respective names on existing contracts, but will start operating as one company from now.

With all the pieces in place Magnus has an ambitious goal: to be the best new agency in the country by the end of the year. But in his opinion “so far so good”.

“Where are we taking the business? I would say from digital up,” Magnus said.

“A fully integrated model is a lot more interesting to clients than mainstream does digital, so we've turned the model on its head.”

“We've been pitching like crazy so I guess that is evidence that the model is working.”

“Most clients have an understanding of the need to have digital, but they have been struggling to understand how to communicate with digital agencies,” Magnus said.

“What we’ve done is marry our digital capability with mainstream account management, communications strategy and creativity from the story-telling world.”

"‘I have spoken to some highly credentialed Marketers in the past month or so - and they seem very interested in our approach.”