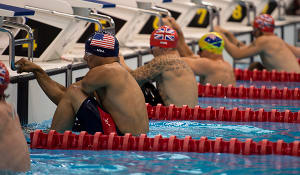 Edge has been enlisted to deliver the Invictus Games' launch in 2018 following a competitive pitch. Edge was awarded the account in a four-way pitch. It will kick off with a content campaign which mark 500 days to go until the opening ceremony of the games in Sydney. Prince Harry founded the Invictus Games in 2014 for wounded, injured and ill serving and veteran defence personnel. Contestants will compete in a range of sports including wheelchair basketball, indoor rowing, swimming and archery. The first phase of Edge’s work is a launch film and content series which uses archival footage to tell the combined stories of Invictus Games participants and the people who support them.

Ikon Group Sydney has been awarded the media services business for Horticulture Innovation Australia’s. Ikon will continue its eight-year long partnership with the brand providing, strategy, data, media planning and buying services. Hort's brands include Australian Bananas, Australian Avocados, Australian Mushrooms and Aussie Apples. According to Nielsen Ad Intel from May 2016 to May 2017, the company spent $6.6 million on media.The win follows the recent launch of a campaign for Aussie Apples, which included new brand positioning, a TV and a social campaign by Ikon.

Channel Nine has nudged Seven from the top spot for audience share on Thursday night, pulling in 18% of audiences, while Seven had 17.8%. Ten had 16.3% of audience share. Ten's MasterChef was the top prime time show of the night, with an average metro audience of 834,000. The cooking show also won all three key demos. Seven's broadcast of the AFL: Thursday Night Football, featuring the Sydney Swans and Western Bulldogs, had an average metro audience of 464,000.