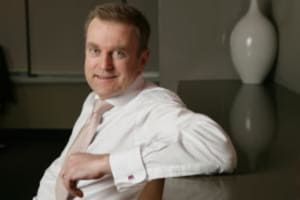 As Tonagh begins his reign, Fairfax reports Telstra is considering selling its 50% stake in Foxtel, potentially through an IPO.

A Telstra spokesperson tells AdNews Telstra would not comment on speculation, but Foxtel is a strategic asset for the telco.

Tonagh, who was named CEO of News Corp in November last year, was previously Foxtel COO under Freudenstein before taking up a role at News Corp head office three years ago.

Michael Miller, who jointly ran News Corp with Tonagh and was named executive chairman in November, is well placed to take on the CEO role alone, AdNews understands.

Freudenstein, who departs at the end of April after five years in the role, succeeded Kim Williams when he was promoted to head News Corp in 2011. He will continue in his long-standing position as a News Corp nominee on the board of REA Group Limited.

Freudenstein says his highlights include the 2012 London Olympics, the launch of Foxtel Go, the re-packaging of Foxtel content to reduce prices and drive record growth, and the finalisation of major sporting deals and new Australian dramas.

"It has been a privilege to lead Foxtel through the most dynamic and intensely competitive period of its history. I am extremely proud to have worked with such a great team of people who have all helped deliver our strategic plans by achieving significant subscriber growth, reduced churn and a substantial lift in our investment in Australian programming," Freudenstein says.

Foxtel has been under pressure in the past year due to the entry of several SVOD players such as Netflix, Stan and Presto.

Telstra chief executive Andrew Penn says Tonagh is "well positioned to lead Foxtel through the next phase of its evolution".