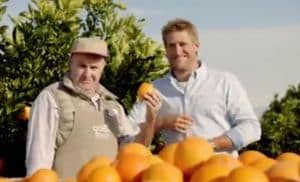 The moves were made in August and at the time, managing director, John Durkan, said: “As marketing and store development director, McDowell has helped put Coles on the map. Our brand is now increasingly synonymous with providing Australian families trusted value and I thank Simon for his creativity, vision and boldness. The image of Coles you see across all our channels, Coles Brand and throughout our stores has Simon’s fingerprints all over it and I am certain you will agree our brand today is something to which we can all be proud.”

Cummins&Partners has been appointed by Open Universities to build a new communications campaign.

The win sees the agency oversee the development of an integrated brand strategy and creative output for the brand which is expected to be in market in January next year.

Cummins&Partners Melbourne managing director Tom Ward said the agency is excited to work with “the original online leaning institution” into 2016 and beyond.

The appointment is effective immediately.

The ACCC issued the infringement notices because it had reasonable grounds to believe that Optus had made false or misleading representations in relation to the data transfer rates (or ‘speeds’) offered on its existing cable broadband plans in its advertising.

Even if Harrison Ford hadn't landed on Australian shores this week, it was still a virtual given that Star Wars: The Force Awakens was likely to nab the title of biggest box office hit ever.

Cinema bosses expect the film to reap at least $100 million in box office receipts, with pre-sales already cashing in more than $15 million. Hoyts chief executive Damian Keogh told the media that he predicts it to break the first-week box office record held by Harry Potter and the Deadly Hallows Part 2, which grossed $29.3 million.

First week sales alone for the lastest Star Wars' instalment are expected to reach between $35 million and $40 million.

Independent Sydney agency JimJam has maintained the Tourism Tasmania business after a competitive pitch against three other agencies.

The agency has held the account for three years and in that time has continued to evolve its marketing platform of Go Behind the Scenery.

JimJam executive creative director Andrew Crocker said, “In a digital always-on world we have to interact with our audience where, how, and when they like, and human interest and emotional engagement is key to this. To creatively and technically push this across every channel is fantastic for both Tasmania and us.”