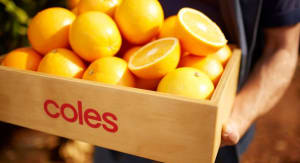 In what could be seen as a case of perfect timing, Coles has this morning revealed that it will undertake a massive review of its ranges, including an overhaul of products which solely rely on discounts to move off the shelf.

The announcement comes as the bloodbath at Woolworths intensifies with the news today that CEO managing director Grant O’Brien is to “retire,” leaving in his wake a trail of fast-exiting executives and the axing of a further 1200 jobs.

Coles – which has, no doubt strategically, nabbed the front page of the Australian Business Review this morning – told the paper it is going to “make more space on the shelves for new and innovative brands” and has put in place a 24-month range review timetable to “unclog the arteries of its merchandise pipeline.”

The Wesfarmers-owned chain has also confirmed that it will re-examine the space allocation given to brands which solely rely on discounts and promotions, whereby consumer choice is solely driven by price.

This revelation is somewhat at odds with a statement given to Adnews only two weeks ago by Coles, after it was slammed for its participation and promotion of price wars by consumer group, Choice.

A Coles spokeswoman said: “Coles has been unrelenting in driving down prices for our customers over the past six years, and that will not change"

Choice claims that the price war between Woolworths and Coles, as depicted by the "Cheap Cheap" and "Down Down" campaigns is nothing short of a farce, publishing figures which show that a basket of branded items costs $174.97 on average at Coles and $176.77 at Woolworths - just $1.80 difference. The equivalent products at Aldi cost $87.68.

The news chimes with Woolworths' claim in its year-end statement last February that its “Cheap Cheap” campaign, in which it drives down prices of everyday items, “had been well received by customers” but didn't have “the impact on business that was anticipated.”

The Coles review also comes amid speculation that a new grocery business will enter the Australian market in coming months; largely thought to be Lidl.

The German grocery firm – which also operates in the low-cost space – has reportedly been in discussions with Australian logistics providers and has applied for a wide range of home brand trademarks.

Lidl is ranked by Deloitte as the fourth-largest retailer in the world with $128 billion in annual sales.

The other notable grocery retailer in Australia – IGA – has been experiencing a downturn of late. Owner Metcash this month posted a full year loss of $384m. Choice repeatedly shows in basket comparisons that the chain's everyday items are more expensive than any other competitors.

Metcash is reported as saying that its result was “due to increased competitive pressures, ongoing price deflation and a change in consumer behaviour.”