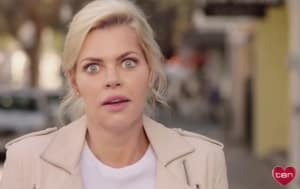 Ten's Bachelorette ad is out

The wait is over. Channel Ten has revealed an advert promoting its upcoming Bachelorette show. The spot was created in-house by Ten's promo producer Tamsin Claypole-Smith, under the direction of Ed Holmes and Claudio Amati .“Much-loved singer, actor and funny girl”, Sophie Monk, is asking Australia to find her somebody to love as she steps into her new role as the star of The Bachelorette Australia. The show is hosted by Osher Günsberg and starts 'soon' on Ten and Win Network. Check out the ad below.

Sydney breakfast radio duo Brendan ‘Jonesy’ Jones and Amanda Keller, have renewed their WSFM 101.7 contracts for three more years. Now in their 12th year together on WSFM, Jonesy & Amanda have claimed the number one FM breakfast crown multiple times in radio survey ratings and have taken home the coveted industry award for Best On Air Team at the 2012 and 2014 ACRAs. WSFM 101.7’s Jonesy & Amanda can be heard every weekday morning from 6am.