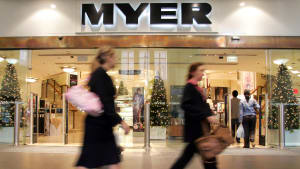 Free TV today called for the abolition of licence fees to “ensure the future sustainability of the industry”. In the May budget broadcasting licence fees were reduced from 4.5% of gross revenue to 3.375%. At the time, the Government said it would consider further reductions as part of a broader package of reforms. FreeTV says this is now “urgent”. Free TV Chairman Harold Mitchell AC said: “A permanent reduction in licence fees is welcomed by our industry, however further reductions to fees are now urgent if our industry is to remain sustainable. In the unrelenting new media environment, we need to ensure that TV broadcasters can continue to invest in great Australian programming and transform their businesses to meet advances in technology and changing consumer viewing habits. Licence fees for Australian free-to-air broadcasters must be abolished to ensure that Australia is in line with international best practice.”

Free TV has reiterated its opposition to advertising blackout periods, including plans for a blackout around the same sex marriage plebiscite. Free TV chariman Harold Mitchell says the rules, which currently apply to commercial free-to-air TV advertising in the run up to a Federal Election, are “outdated” and single out commercial broadcasters.

The provision, drafted in 1992 as part of the Broadcasting Services Act, was brought in at a time before pay TV and internet advertising.

“It is one thing to have these ridiculous limitations in a piece of legislation that is 25 years old, but totally ridiculous to have it in a new piece of legislation,” Mitchell says. “The Bill seems ignore the existence of the internet and continues to entrench the antiquated regulation of commercial television.”

Retail power player Myer has revealed its FY15/16 financial results, with the brand seeing a lift in sales, which it credits to its total business overhaul. Sale have risen 2.9% to $3.28 billion, with comparable stores sales in flagship and premium stores in Victoria and NSW seeing a lift of 5.6%. Myer's chief executive officer and managing director, Richard Umbers said: “There is no doubt that as a result of our strategy, Myer is a measurably stronger business today than it was a year ago.

“The first year of the New Myer strategy demonstrates the complexity of our journey...we still have a long way to go but we are moving in the right direction. In the first 12 months we have made a number of critical investments to build a solid foundation from which we will continue to execute the strategy,” he added.

Think TV today announced the appointment of former AFR media journalist Dominic White as head of communications and content for the industry body. In his role, White will report to chief executive Kim Portrate. He will manage media relations and create exclusive content to help ThinkTV promote commercial television’s scale and effectiveness.

Think TV’s communications has been handled by Rochelle Burbury from Third Avenue Consulting until this role was filled. She will continue in a consulting and advisory role.

An acquisition by Seven West Media (SWM) of News Corp's Sunday Times newspaper and its website Perth Now has been given the green light by the Australian Competition and Consumer Commission (ACCC). The watchdog expressed concern on the reduction of choice for newspaper readers and a less competitive advertising market in August. With approval put forward, the sale is set to be finalised.

It was deemed that there remains enough competition in the market because so many consumers access news online, and because print ad revenue is already in significant decline. “The ACCC received a significant amount of feedback about diversity and quality of news from consumers in Western Australia. We also listened carefully to concerns raised by businesses who advertise in West Australian newspapers. On the consumer side, the large decline in print newspaper readership formed a major part of our analysis. Many consumers in Western Australia are now getting their news online or from other sources,” says ACCC Chairman Rod Sims.