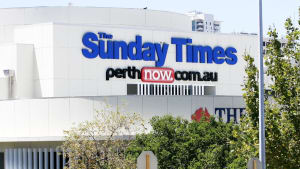 The planned acquisition of News Corp’s Sunday Times and perth.com.au will be reviewed by the Australian Competition and Consumer Commission (ACCC) as it investigates the impact it could have on readers and advertisers.

The watchdog is concerned in the reduction of choice for newspaper readers and less competition in the advertising market.

The deal will see Seven and News Corp implement a news content sharing agreement for The West Australian and News Corp's publications in Adelaide, Brisbane, Melbourne and Sydney.

“WAN and News appear to be each other’s closest competitors in print and online news in Western Australia. They compete strongly with each other to attract readers and advertisers.

“The ACCC is seeking to understand whether the competitive tension between WAN and News is a key factor in maintaining quality and diversity of content for readers, or whether the threat of readers shifting to alternatives, particularly alternative online news sites, will competitively constrain WAN after the acquisition.”

The ACCC is also seeking to understand if advertising opportunities on other media platforms, such as radio, television and online, will constrain WAN’s print advertising pricing.

The commission is calling for submissions on its statement of issues to be made by 18 August, with a proposed final date for its decision on the acquisition pencilled in for 15 September.