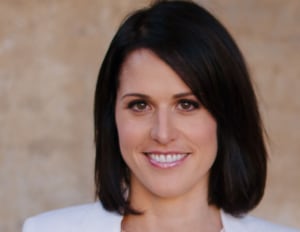 Rachel Corbett has joined Nova Entertainment to head up its podcast business, which she says she will build “from the ground up”.

Last week the radio network announced the end of its sales partnership with Acast after three years. Instead, both companies say they will focus on growing their podcast businesses independently.

To help Nova do this, Corbett, who recently left Mamamia where she was head of podcasting for more than two years, has joined the network as head of podcasts and digital content. Since leaving Mamamia, Corbett has consulted with Google on their podcasts and continued to work at PodScool which she founded four years ago.

In her new role, Corbett will be responsible for leading Nova’s digital content strategy, development, production and talent management.

“We have an opportunity to create content everywhere,” Corbett tells AdNews.

“It’s not like there’s a glaring hole here or there [at Nova]. I think it's really a matter of coming in and building from the ground up. At least that's what I'm thinking of moving in there. I think there's a lot of opportunities for places where we can create content and for me, I'm just looking at it as almost starting things from the beginning.”

Podcast listenership has continued to grow across Australia, with more than 43 million podcasts of those participating in the Podcast Ranker downloaded in August. Nova says its original podcasts are also growing, with The Babble hitting its strongest month from July to August as listenership increased 170%, according to Triton Digital.

Corbett says there’s no sign of podcast fatigue from listeners and plenty of opportunity to grow Nova’s audience.

“We've seen such growth during coronavirus and really if you're making good content and you're executing it well there is a real appetite for that,” she says.

“Even in genres such as true crime where you think there couldn’t possibly be anybody wanting any more true crime podcasts - yet we have true crime shows released and people gobble them up because they're just really looking for good content.

"So I don't think we're anywhere close to fatiguing, I think we're still just at the beginning and it's only going to grow.”

Competitors, from streaming platforms, news publishers to other radio networks, have also been ramping up their investment in podcasts. In February Spotify revealed its first slate of original Australian podcasts in an attempt to grab a bigger slice of the audience, and Acast has signalled its plans to grow.

Despite the growing competition, Corbett says she’ll be focused on Nova’s strategy.

“I appreciate that competition is a thing, but it's not really a thing I think about,” she says.

“I don’t really look at other networks and ask ‘Oh, how are we competing with that?’

“I just think you have to really think about who your audience is and then just create content with them in mind, rather than thinking what's that person over there doing, because I think that kind of leads to a copycat process that is not a very smart strategy.”

Corbett’s appointment follows the addition of Tim Armstrong to the Nova team. Armstrong joined in June as head of digital audience and monetisation with a focus on accelerating the network’s digital audio platform strategy, enhancing monetisation and streamlining operations.