New SBS boss on the network's celebrated point of difference 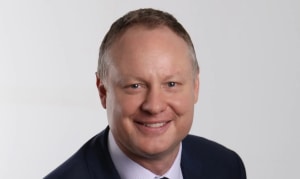 SBS's newly-appointed managing director James Taylor believes the next 12 months will be about honing in on the network's "unique point of difference", as it looks to separate itself from the three major commercial networks.

Speaking to AdNews following its upfronts event this week, Taylor said 2019 was about remaining firm on its current content strategy, despite the recent departure of the network's chief audience and content officer, John Sintras.

He argued that the sudden departure of Sintras won't have a major impact on the content strategy for 2019, adding that the ex-media boss made a "significant contribution" during his time and the network "needed to respect" his decision to exit.

SBS will continue to drive its alternative content and break away from the reality show-filled commercial networks, creating "real" and "accessible" content for all Australians.

Taylor said the SBS viewer is completely different to a typical Seven, Ten or Nine consumer, with statistics revealing that on any given day 60% of its viewers won't venture outside of the network.

"Having been responsible for strategy for the last five years I am very confident in the current direction for SBS and as we are now living in a world of polarising views, there has never been a more important time for content that viewers can trust," he said.

"In this challenging and cluttered market, we need to be able to confidently put forward a point of difference that speaks to our viewer, while engaging new audiences. That's going to be key to the network's success."

Taylor refused to rule out creating programming that sit under the reality-genre umbrella but argued that SBS's biggest success comes from creating content that can't be accessed on any other network.

He said this can be seen in the growing engagement with multilingual content, as well as surprise "ratings juggernauts" such as 'slow' programs that last year included a 17-hour program filming the The Ghan train on its journey from Adelaide to Darwin.

"SBS is proud of our linear proposition and what we are developing at SBS On Demand, our audiences are continuing to come to us because of the specific role we play in the the media," Taylor said.

"We always explore all formats but we are really happy with our 2019 line-up, it provides a differentiation in a busy content market."

Discussing the future of SBS On Demand, the network's subscription video on demand platform which currently has 5.7 million signed-in users, Taylor said a greater emphasis will be placed on developing a stronger addressable offering for advertisers.

The platform currently has 26m channel views per month, 80% year-on-year engagement and an 84% increase in active users in 2018. Non-english spoke drama on On Demand also makes up 75% of the categories content.

Taylor said that while the network is happy with the five minutes of advertising per hour of content ratio it has in place, SBS will be launching further research in 2019 to establish if this needs to change to meet both viewer and client expectations.

"SBS is happy with the five minute advertising mark, it allows the content to shine and that's our point of difference in the market," he said.

"What we really want to do is think about the way in which we serve those ads and really give our clients the best possible feedback on how to advertise through SBS effectively.

"The work we have been doing has really been around improving the stability and consistency of the platform and that includes the way in which addressable advertising is served. All of this will continue in 2019 but with more in-depth results to also be revealed."