Networks pay “crazy” prices for sports rights but will clients and agencies? 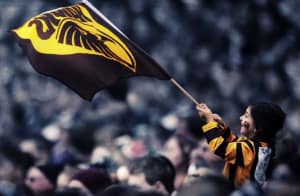 Off the back of both the NRL and AFL inking record-breaking deals for the right to air their content, speculation is mounting that advertising around both codes' football games will increase, in some cases by 30%.

While no concrete rates have been revealed and networks are yet to have firm conversations with media agencies, agencies believe that in order to justify the price increase off the back of the deals, networks will focus on more than just straight spots in order to deliver the best value.

Paul Brooks, managing director of Amplifi, group investment and partnerships for the Dentsu Aegis Network, told AdNews that he would expect both Seven and Nine to look at other areas to deliver audience outside just broadcast.

“On a straight spot basis – what we're not going to see probably is an audience increase by 30%, therefore to offset some of those premiums, if audience remains on par from a broadcast perspective, [TV networks are going to be looking for] some of those other touch points. Where are the other audiences being driven by? Is it different platforms? Different devices?" he said.

Michael Selden, group investment director for Bohemia, agreed, noting that he wouldn’t expect or recommend clients to pay a 30% increase on sports.

“The market will end up deciding on what’s important to them in terms of the bigger event programs [such as sport], but if the overall share of TV spend is flat-lining over the coming years, as PwC reports, it will definitely create a lot more capacity in the networks fill rates," he said.

“I understand why the networks are paying these crazy price increases to fend off the inevitable, but only time will tell if we end up paying more for it."

Chief executive officer at Maxus Australia, Mark McCraith, told AdNews that he wouldn't be surprised if there was an increase considering what the networks paid for the rights.

“They have to pay for it somehow, so I think if there are new and innovative ways to leverage the AFL from a sponsorship point of view, we'll have to wait and see what the networks are going to talk about. At this stage it's only hypothetical,” he said.

“It's a bit too early to tell but it is something that I was expecting I would have to speak to the networks about."

Brooks explained that he also would not be surprised if we saw some more tie-ins between rights holders, especially with Telstra holding the digital rights for the AFL and with networks looking to offer advertisers access to the growing mobile audience.

“What we've seen quite a lot of this year with Fairfax and Nine via Stan and with Seven and Foxtel via Presto, equally we could see something along those lines with Telstra and the television networks. That's sort of the world that we're now in, dealing with those strategic alliances or partnerships, be it an agency and media publisher or a media publisher and media publisher," he said.

Brooks also believes these rights deals have been and always will be loss-leading for the networks, with one of the reasons being that unlike bigger markets there are less opportunities for on-selling of the rights overseas.

"We've got to be cognisant of the fact that we look to other markets, the US and UK, who have gone down a similar route, but their sports offerings seem to travel better than Australian sport, so they recoup those loses by either on-selling or distribution outside their own markets. One of the nuances with either NRL or AFL is they tend to rate well among 23 million people, but not much beyond that."