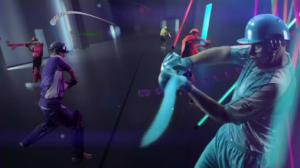 Network Ten has recorded its best January for five years, while Seven's share of advertising revenue has shrunk as tennis timings threw out the data.

Ten's bet on the Big Bash has seemingly paid big dividends, with its share of the advertising pool going up by 3.9 points year on year, grabbing it a 24.7% share of the pie according to the latest Standard Media Index numbers.

While Nine put its cue in the rack until the official ratings period, Ten was able to steal a march, and advertising revenue share off its rivals, despite Seven running The Australian Open tennis championships.

Ten's sales director, Louise Barrett, said the success was down to its Big Bash content.

“It reflects the success of the KFC T20 Big Bash League and the success of our strategy of investing in premium event TV content aimed at people [aged] 25 to 54,” Barrett said.

With increased numbers in the bag, Barrett said the network was feeling bullish about its February despite the start up of big ratings winners The Block, and My Kitchen Rules.

“Our new shows for 2015 – including I’m A Celebrity… Get Me Out Of Here!, Shark Tank and Gogglebox – are performing exactly as we expected and are generating significant audience growth for Ten compared with a year ago,” Barrett said.

On the flip-side, Seven suffered from a shift in the tennis and three fewer episodes of MKR being played in the month.

This means Seven missed out on the most lucrative day of advertising in the month of January this year, the Men's final, along with three episodes of its flagship reality format show.

While in 2014 Nine had an Ashes series to show, the start of the India-Australia test series was delayed by the tragic death of Phillip Hughes.

It, however, still had a similar number of days of cricket broadcast in January 2015 than it did in January 2014 with six one day internationals and one five-day test in the month.

Nine declined to comment when contacted by AdNews this afternoon.

Subscription TV was the only category of television to suffer a hit for the month, with spend down 1.7% year on year to $20.73 million.

Last week Telstra said revenue from subscription growth in the first half of the 2015 financial year was offset by a weaker-than-expected advertising market.

It is believed January TV revenue makes up 6% of the annual figure.