Netflix subscribers down but price hikes not to blame 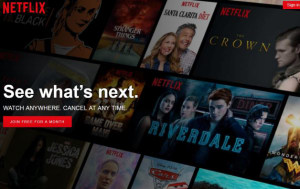 Netflix has revealed its results for the second quarter of 2018, with the streaming platform down on subscribers when compared to its initial forecasts.

The company generated a further 5.2 million members globally in Q2, down a million subscribers compared to its 6.2m forecast, ending the quarter with a total of 130m global memberships.

Netflix chief financial officer David Wells told investors during a presentation that the company doesn't believe the current pricing structure is an issue.

Wells argued the point despite multiple territories being slugged with price hikes over the past 12 months, including the Australian market, which saw prices go up across all services by $AU 2.00.

Instead, he blamed the drop off in membership on incorrect internal forecasting, adding that the company didn't "pad the numbers", but simply got them wrong.

This was also the first time in five quarters that Netflix recorded a drop-off in net additions, but stated that growing territories such as India and China were up in subscribers.

Streaming revenue in Q2 rose 43% year-over-year, driven by a 26% and 14% increase in average paid memberships and average selling price, respectively.

During the investor presentation, executives were also questioned on the growing competitive market, including the AT&T acquisition of Time Warner and deals surrounding Disney, Comcast and Fox.

Netflix CEO Reed Hastings acknowledged there was a lot of "new and strengthening" competition in the streaming market, including HBO generating further funding and the consolidation of some European broadcast networks.

"This is all normal and expected. It is what it is so we have to remain focused on creating the best content we've ever done, having the best user interface, recommendation and marketing. We'll continue to do that," he said.

The company also said there is enough room, particularly in the US market, to grow, despite strong competition.

"We've always kept our focus keeping our customers satisfied on an absolute basis not relative to any competitor, so by keeping an eye on our consumers we are better suited [to grow], than 'hyper-focusing' on our competition," chief content officer Ted Sarandos said.