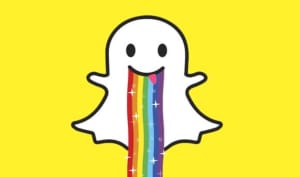 Time Warner and Snap Inc. have announced a new content deal that includes the development of made-for-Snap shows and a substantial investment in advertising for the next two years.

Under the terms of the agreement, Time Warner will develop and produce shows for Snapchat from its network and entertainment companies, which include HBO, Warner Bros, CW and TNT.

The shows will be similar to those already released by other networks on Snapchat, and run 3-5 minutes in a vertical format.

Currently, there is about one new show airing per day – this deal will push that to about three new shows per day, ranging from animation, documentaries, scripted drama and comedies to news shows.

While Snap would not comment on the financial matters, it is being widely reported the deal is worth $100 million.

In addition, Time Warner will invest in Snapchat advertising from HBO, Turner and Warner Bros.

Snap will take 50% of the ad revenue generated by these shows and the content partners will keep the other half, according to the WSJ.

This is not the first deal that Snap, the parent company of Snapchat, has made with a media giant to produce original programming. It's made similar agreements with such companies as NBCUniversal, the BBC and Vice Media, to name a few.