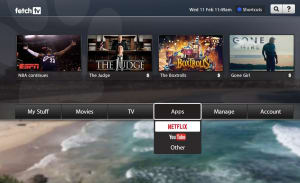 Fetch TV will become the first pay TV operator to offer Netflix to its subscribers, via an integrated app.

Users of Fetch TV, an Australian SVOD platform founded in 2010, will be able to sign up for the Netflix service, which will be available through its second generation set-top box.

It also signals the first major ISP deal done by the US giant, with Fetch being available to customers of Optus, iiNet, and Dodo.

The Netflix deal is a coup for the three internet service providers, who now have a massive carrot to lure potential customers with.

“Netflix is the clear world leader in online entertainment, with a powerful brand, compelling content, and an unparalleled reputation for innovation and disruption,” Fetch TV CEO Scott Lorson said.

The Netflix deal also covers the New Zealand market, and will form a key part of the sell as Fetch eyes expansion into that market.

Subscribers to Fetch will not have the Netflix service included as part of their Fetch TV subscription, but instead will have to pay a yet-to-be announced fee to access the content.

It has been rumoured that Netflix will officially launch on 31 March at a price point starting at $9.99, although this is unconfirmed.