The Interview pulled from Aussie cinemas 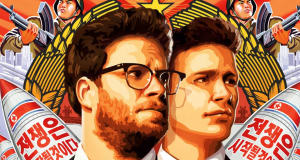 Moviegoers who had pre-booked cinema tickets for the highly controversial showing of The Interview at Sydney’s Moonlight cinema have had them cancelled after Sony confirmed the film will not be shown down under.

The Seth Rogen and James Franco comedy, which focuses on the pair being recruited by the CIA to complete an assassination mission of North Korean dictator Kim Jong-un, outraged the North Korean government.

Soon after film-maker Sony was the victim of a hacking attack which saw a mysterious group that calls itself Guardians of Peace hack into Sony Pictures Entertainment's (SPE) computer systems and begin revealing some of Hollywood studio's best-kept secrets.

North Korea denied that it was behind the attack, saying instead that it was the work of someone sympathetic to its cause.

The hacker group that broke into Sony's computer systems have since threatened attacks on theatres that planned to show it.

A spokesman from Sony Pictures said it has “no further release plans for the film and that it has no further information to share.

In an email from the Centennial Park-based Moonlight cinema, the company said: “Moonlight Cinema wishes to inform you that The Interview will no longer be screening on Friday 16 January. We are in the process of scheduling a great replacement film.

“Moonlight would like to apologise for any disappointment caused and hope that you will join us at another screening.”

Moviegoers can also swap to another film or claim a refund.

Hoyts Australia has also said there is “no confirmed release date” for The Interview within Australia.

Speculation has also surfaced that the film will be released on a premium video-on-demand service, but Sony has not confirmed this.

Qantas looks to cinema as it rolls out latest brand campaign