Netflix has been hiring for its first Australian office 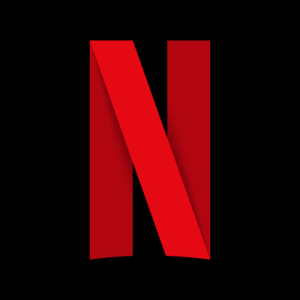 Netflix has been filling its Sydney office with a team of six appointed to work for the streaming giant’s local arm.

While the US-based company has always had a local business entity, it's the first time Netflix has opened an office in Australia.

Looking after its partner marketing is Anna Kooperberg who joins from sport streaming service Spark Sport in New Zealand where she was market lead. Kooperberg has also previously worked in marketing and communication roles at telco Spark New Zealand for two years.

Tony Broderick has been named as head of brand and editorial AUNZ. Broderick was most recently creative director at communication agency Zinc Network. He has also previously worked at Twitter as head of partnerships, news and TV from 2013-2016.

Nick O’Donnell steps into the role of director of public policy for Netflix. He departed the same role at LinkedIn to join the streaming giant and has also worked at Yahoo and Seven Network.

Moving over from Twentieth Century Fox is Sarah Haines who has been named manager of publicity for originals AUNZ. Haines was previously also head of publicity at the entertainment company.

Ausfilm CEO Debra Richards joins to head production policy across the APAC region. Richards had previously been CEO of Ausfilm for nine years and has also headed up ASTRA.

Also joining from Twitter is Nathan Burman as head of communications for Australia and New Zealand. Burman left the social media company after more than five years in the same role.

The new team of six is based out of a WeWork office in the CBD with plans to continue growing.

Netflix has a commanding lead in the Australian market among video on demand subscription services, ahead of local player Stan, owned by Nine.

About 11.5 million Australians have a household subscription to Netflix, according to analysis by Roy Morgan.

Last week the leading Australian cable TV player Foxtel closed a deal to allow its subscribers to access Netflix from within its platform.

Roy Morgan estimates that through the Netflix deal, 13.355 million Australians could now have access to either service via a household subscription.

This will eventually service the equivalent to nearly two-thirds (64.4%) of all Australians aged 14 and older.