Myer marketer on being a 'media organisation' 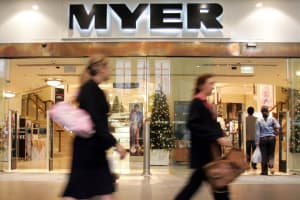 Myer's new marketing and brand lead reckons the retail giant is a media player, with its owned assets matching those of any media business in the market.

Due to the power of the brands owned assets, the retailer is looking to shift how it plans its media to better utilise the strength it already has at its finger tips.

Michael Scott joined Myer earlier this year from Virgin Australia, as the retailer's executive general manager of brand strategy and marketing. He told AdNews that when the brand's loyalty data, publishing offering, online presence and foot traffic are combined – the business's media power is hard to ignore.

“We're a media entity in our own right,” he says. “We have enormous marketing firepower at our finger tips. Evidence of that would include the Myer One membership, which is north of five million, the 1.3 million UVs to our website on a weekly basis, Emporium - the magazine which we publish and distribute quarterly - we typically produce 250,000 copies a quarter, that puts us in the frame as one of the largest fashion magazines in Australia and the footfall of 130 million people we get through our store network a year.”

Combining all of those assets it makes for a powerful picture he says, adding that Myer is going to be “relentless” when it comes to using those offerings to ensure the brand is engaging with consumers in the best possible way.

“We'll plan our media from the inside out,” he says. “We've probably had a major reliance on traditional and paid media historically, so we'll become quite focused on the use of our owned assets and owned media. That, combined with all the different data points at our disposal will drive better decision making [so we can] be insight led.”

Top of mind for any retail marketer this time is of course Christmas and while Scott wouldn't be lead on what exactly Myer's 2016 Christmas offering would look like, he did hint at that this year will be the next chapter of what was started in 2015. Last year saw Reindeer, Elf, Angel and Mouse head to Myer to tackle their Christmas list, so who knows what will be revealed next month.