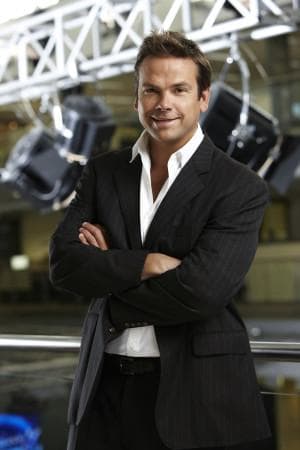 The media company, which includes the cable TV and filmed entertainment assets of the former News Corp entity, indicated that ad tech and programmatic investments could help it to increase revenue from its non-linear media portfolio. The comments were made on its fourth-quarter earnings call, led by Rupert’s sons James and Lachlan Murdoch.

Lachlan Murdoch, Fox co-chairman, noted that while the programmatic advertising industry was nascent, the company aims to put more effort into driving digital ad sales, and further acquisitions were likely.

“I think it's important to recognize that we are at the very beginning of some of the programmatic advertising technologies and so while we're not looking at any specific bolt-on acquisitions today, we do expect to do them,” said Lachlan Murdoch. “And they will be, I said, opportunistic and disciplined as we go. But certainly it's a fast-moving space and we want to be leaders in it.”

In December last year, 21st Century Fox acquired trueX, for a rumoured US$200 million, and noted then it would underpin its plans to drive better connections in digital video between brands and consumers.

Founded in 2007, trueX makes interactive ads that run on web, mobile and digital TV, and enables advertisers to deliver personalised ads to consumers based on their specific interests.

This was the first earnings call ever that Rupert Murdoch has not fronted, and his sons pointed to the new future of ad tech and multi-screen media consumption. James Murdoch even said the new digital screens could turn out to be a more attractive advertising environment than linear (television).

“We're encouraged by the early progress we're seeing and in fact we expect and plan to be able to offset the decline we are seeing in domestic network entertainment advertising by better monetization of our digital and non-linear audience over the next 12 months,” James Murdoch said.

The US$65 billion media giant is now focusing on embedding the trueX programmatic ad platform into its traditional media businesses, including Asian pay-TV network STAR and its U.S.-based Fox Networks television business, he added.

“We are working very closely between the STAR teams and the Fox Networks and particularly the trueX team to build the ad platform underneath that, we've sort of taken a view that we really wanted to build audience first and the ad platform is being kind of done in parallel,” James Murdoch said.

The bulk of 21st Century Fox includes its film and TV businesses, and analysts in the US are betting that the biggest test for James and Lachlan will be in the area of generating blockbuster movie hits.

Despite their first ever double-act appearance in front of investors, James and Lachlan Murdoch could not stem the downward direction of the 21st Century Fox share price. In a brutal week for US media stocks, in the face of a sluggish outlook for the TV market, shares in 21st Century Fox finished the day down nearly 7%.