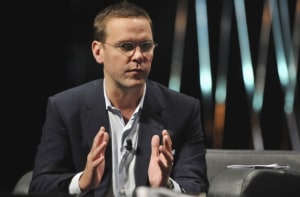 James Murdoch, CEO of 21st Century Fox, wants to drive more innovation in ad formats, “up the pace” of business change and take more risks in the content business he has just taken the helm of.

Speaking at the Cannes Lions Festival of Creativity, where he was interviewed on stage by Alexandra Suich, media editor of The Economist, Murdoch admitted that entertainment advertising was one of the biggest challenges his organisation faced, as it's being disrupted from a number of angles including time-shifted viewing and streaming services.

The competition and disruption in the market, means that there will be more innovation and quality and investment in television downstream, he believes.

“Disruption and innovation go hand in hand and you have to have an appetite for change to do great work. The increase in streaming is driving demand for great content and programming, he said, however, it is still in the phase of building its audience – the revenue side and the business rules are still being worked out,” he said.

“We need to work more closely with brands, and with our partners in the advertising community, with more transparency and fundamentally be ready to take more risks, create new products and channels,” he said.

“The big thing for us is how do we think beyond interruption ads, and just assuming the consumer is going to tolerate a certain amount of advertising and do something more integrated, innovative and actually give a better experience.”

He didn’t go as far as to say that the interruptive ads would disappear but suggested that current ad load that viewers experience on its TV channels would decrease, saying that the model of TV that was built around scheduled programming and ad breaks has “collapsed”.

He suggested that traditionally scheduled ad loading could be replaced by other models such as consumers registering to pre-watch ads on their mobile device at a convenient time such as the commute home, to secure uninterrupted, ad-free viewing of TV content later on that evening.

When pushed on what TV will look like in five years, he said that the distinction between traditional versus, new, streaming and over the top services – everything would be delivered via IP networks.

Let’s say you’re a Hulu customer and you’ve registered you phone, you might watch an ad or engage a website on your way home, and when you get there it knows you’re the same customer, thanks you for watching the ad and you have X number of hours of ad-free streaming – you had the engagement with a brand that’s deeper and more interesting that they will pay a premium for, and a different narrative with the brand, making your product experience better – not making it worse.”

Rupert Murdoch stepped down from the top job at Fox earlier this month.