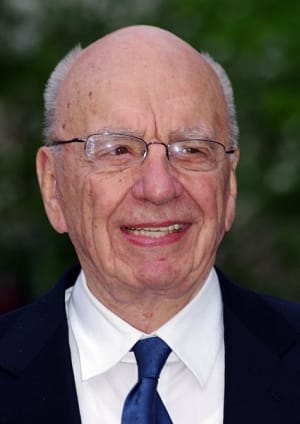 Rupert Murdoch has made a bid to buy European pay TV broadcaster Sky in a £11.2 billion  (AUS$18.9bn) deal.

The deal to buy the remaining 61% of Sky which it does not already own for £10.75 per share puts close to a 40% premium on the share price ahead of the bid

Sky's shares rocketed around 30% on the back of the news.

Murdoch's company 21st Century Fox, currently holds a 39% share of Sky, but has its eye on controlling the company. The deal comes five years after a similar deal was kiboshed as Murdoch's UK newspaper News of the World was at the centre of the phone hacking scandal that ended the paper, threw News Corp into disrepute and forced Murdock to abandon the plan.

The timing for the deal comes as unsettled political environment following Brexit weakened the British Pound and made Sky a cheaper target, according to wide reports fro analysts.

There have been calls for the deal to be blocked, or at least challenged. In the UK, former Business Secretary Vince Cable has called for the competition commission to investigate how it affects media plurality.

The terms are still in discussions with further information due on 6 January. If the deal, agreed in principle between Murdoch and Sky, goes ahead, the UK's media regulator Ofcom would likely investigate.

Sky has around 20 million customers across Europe. It is broadly a pay TV company, but has for years also offered home Phone and broadband connection in a 'triple play' move that is only just taking hold in Australia.

Murdoch's media empire includes Fox News, Dow Jones and The Wall Street Journal in the US, Foxtel and News Corp in Australia, The Sun, The Times and The Sunday Times in the UK. Murdoch’s son James Murdoch sits as chair of Sky