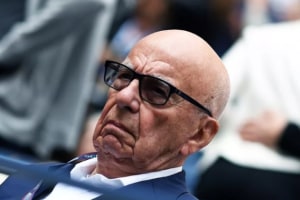 Facebook is starting 2018 with an attempt at a much more candid approach it seems, but it's not keeping everyone happy - Rupert Murdoch in particular. It has admitted that it fell short in preventing the social media network from being used for foreign meddling in the US presidential election.

In a blogpost, Facebook product manager Samidh Chakrabarti says that “at its best, [social media] allows us to express ourselves and take action. At its worst, it allows people to spread misinformation and corrode democracy.

“I wish I could guarantee that the positives are destines to outweigh the negatives, but I can’t.”

Chakrabarti’s post comes after Facebook found itself embroiled in a larger debate over its role in spreading fake news and misinformation aiming at influencing elections in the United States and other nations.

In his latest comment on the social media platform, he says Facebook should pay publishers for the news content that it serves on its platform in the same way that cable TV networks pay for programming.

He adds that Facebook's efforts so far are "inadequate commercially, socially and journalistically”.

The media mogul says: “Facebook and Google have popularised scurrilous news sources through algorithms that are profitable for these platforms but inherently unreliable. Recognition of a problem is one step on the pathway to cure, but the remedial measures that both companies have so far proposed are inadequate, commercially, socially and journalistically.

"There has been much discussion about subscription models but I have yet to see a proposal that truly recognises the investment in and the social value of professional journalism. We will closely follow the latest shift in Facebook’s strategy, and I have no doubt that Mark Zuckerberg is a sincere person, but there is still a serious lack of transparency that should concern publishers and those wary of political bias at these powerful platforms.

"The time has come to consider a different route. If Facebook wants to recognise ‘trusted’ publishers then it should pay those publishers a carriage fee similar to the model adopted by cable companies. The publishers are obviously enhancing the value and integrity of Facebook through their news and content but are not being adequately rewarded for those services. Carriage payments would have a minor impact on Facebook’s profits but a major impact on the prospects for publishers and journalists.”

In its latest effort to defend its position and guide understanding around some of its decisions and behaviours, Chakrabarti's blog post talks about how Facebook's role changed in a way that was unforeseen at the beginning.

“Facebook was originally designed to connect friends and family — and it has excelled at that. But as unprecedented numbers of people channel their political energy through this medium, it's being used in unforeseen ways with societal repercussions that were never anticipated."

He admits that Facebook was “far too slow to recognise how bad actors were abusing the platform” and says the company is “working diligently to neutralise these risks”.

The post, as well as the recent changes to the News Feed, reflects a broader effort by Facebook to negotiate the implications of maintaining a global social network with more than two billion users.

On fighting fake news on the site, which was a looming topic across the industry in 2017, Chakrabarti cited the enrolment of third-party fact-checkers and the creation of “trust indicators” to “help people sharpen their social media literacy”.

Facebook is hiring over 10,000 more people this year to work on "safety and security”, but he warns that it is hard to that sort of moderation “at a global scale … since it is hard for machines to understand the cultural nuances of political intimidation.”

The honest admissions of failure to act by the social network come after Mark Zuckerberg announced in January that his personal goal for 2018 was to “fix” Facebook, acknowledging that the site makes “too many errors enforcing our policies and preventing misuse of our tools”.