Why fake news is in the news again 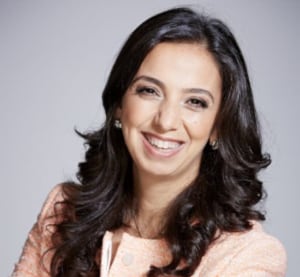 To quote Steve Olenski from Forbes Magazine, fake news has been, well, in the news lately. And unlike Donald Trump, I’m not talking about the type of media coverage you don’t like. I’m talking about sites and articles deliberately created to mislead people into believing and sharing inaccurate information.

In today’s social media driven world, fake news has the potential to influence election outcomes, stock market trading and make or break personal reputations. German leader Angela Merkel isn’t immune either. According to the latest round of fake news to hit Germany, she was either once a member of the East German secret police or Adolf Hitler’s daughter! With elections planned for September of this year, it will be interesting to see what role ‘alternative facts’ play in that outcome.

Meanwhile in Australia, ironically ‘fake news’ was nominated by the highly trusted Macquarie Dictionary as it’s ‘word of the year’ for 2016 in recognition of its ‘broad influence’.

Fake news and alternative facts really are a global problem, after all, how do you deal with fake sites, bots and trolls that continually regenerate to propagate their myths? One thing’s for sure though – fake news is taking its toll on consumer trust. Publishing Executive writer Ellen Harvey said that now more than ever “finding a (media) brand that will provide reliable information is of increasing importance, and many (consumers) are willing to pay for content that they can trust.”

This is one of the many reasons why I believe that this is a unique moment in time for magazine media brands. We know consumers want reliable, authentic, accurate and thought-provoking content. And the research shows that magazine brands are uniquely placed to deliver it.

According to Fiftyfive5 research commissioned by Magazine Networks, magazine readers are twice as likely to trust what they see and read in magazine content compared to social media. In addition, magazines were found to be the most trusted source of information on brands and products and 61% of readers believe magazines are the most trusted source of information on trends. That’s online and offline magazine media content.

In the US, the New York Times reported that its subscriptions grew tenfold after the election, adding over 132,000 paid subscribers. The Atlantic saw new subscriptions rise 160% in the first weeks after the election. While in Australia, we had the recent announcement that fashion and style publication Grazia is expanding beyond digital with a return to the printed product.

Consumers are hungry for quality, curated content that speaks to their interests, whilst ad partners are taking a long hard look at where they invest. This is certainly an exciting time for magazine publishers. And we will keep doing what we do best – delivering that quality content that readers can believe in.