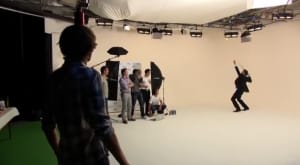 A 2010 ad featuring the Swiss ace knocking a can off a man's head with a tennis ball is the most shared tennis ad of all time, according to a list compiled by video ad tech company Unruly.

The UK outfit used its analytics platform to collate data from the ads, measuring them by the number of shares they attracted across Twitter, Facebook and the blogosphere as opposed to the number of views the videos got.

The Federer ad, put out in 2010 for Gillette, was supposedly shot in one take while messing around behind the scenes.

“What really drove this ad to social video success is the incredible stunt and the conversation around whether it was fake or not,” Unruly's Asia-Pacific managing director, Phil Townend, said.

“It’s a great stunt and Federer is a great player, capable of pulling off some incredible shots, but to do that twice in a row in one take is possibly a little far-fetched. It really got people talking online.”

However, while many of the top videos relating to tennis feature tennis stars, it turns out star power isn't what attracts the punters.

Federer’s William Tell stunt is ranked 163rd in the all-time list. Gillette’s “World’s Biggest Shave” - number two on the list - does not make it into the top 500.

The relatively poor rankings of the video led Unruly to one conclusion: celebrity endorsements don't particularly matter when it comes to getting people talking.

“Our research has found that celebrities do not drive online sharing - emotions do. If an ad makes you laugh out loud, cry like a baby or gives you goosepimples, this is more likely to make you share it across your social networks, not because a tennis star features in the video,” Townend said.

“They should leave the tennis stars on the court. These brands would be better off saving the money they spent on celebrity endorsements and instead using it to create an ad that will resonate emotionally with their target audiences.”

Top ten most shared tennis ads according to Unruly:

Data is the new oil at the Australian Open