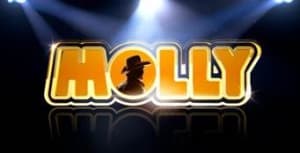 Seven's miniseries Molly has topped Sunday night ratings with a huge average metro audience of 1.79 million viewers. Molly hit a 50-plus share in all demographics, blowing away rivals.

Starring Samuel Johnson, the first episode tracks the life of TV and music icon Molly Meldrum during the 70s and as the star of hit music show Countdown. Johnson, returing to acting after some time off, pulls off one of the more convincing performances of his career to give Seven a great start to the official ratings season.

My Kitchen Rules dominated the 7pm slot with an average of 1.07 million metro viewers from reality TV rivals Australia's Got Talent (884,000) and I'm A Celebrity Get Me Out Of Here Elimination (626,000).

Ten claims it had the top four most time-shifted programs in the 25 to 54s demographic with The X-Files, Limitless, Modern Family and I'm A Celebrity...Get Me Out Of Here! – Welcome To The Jungle.

Data © OzTAM Pty Limited 2016. The Data may not be reproduced, published or communicated (electronically or in hard copy) in whole or in part, without the prior written consent of OzTAM. Program performance and ranking information subject to change when not based on final program logs.