Mobile isn't the second screen, it's 'the' screen 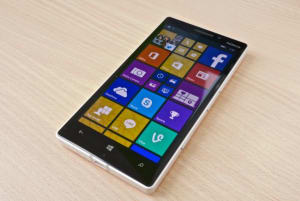 At a recent ad tech panel Seven West Media's chief digital officer (CDO) Clive Dickens said mobile isn't the second screen, it's “the” screen - but in the same breath the cluster of industry professionals agreed that marketers just aren't getting it right.

Dickens said in previous roles he worked with the guys at Big Mobile, and “they got it” but stressed the “big challenge is around the small screen”.

“I know it's hard but this is where the attention lives, this is not the second screen, this is the screen, wake up and realise that,” he said.

“I’m on record as saying about the huge importance of mobile and when I'm in meetings every single day I get out whichever smartphone I have in my pocket (and I hold three), and I talk about this screen - and the attention everyone of our businesses, all seven of our businesses, need to be giving to mobile.

News Corp's Sternberg said he finds marketers “struggle with the basics” and that most can't even get a banner ad right.

“Everyone sort of runs and jumps at the new technology without getting the basics correct – we're still trying to work out the meaning of attribution modelling, we're contending with viewability, we've got 13,15, 17 platforms that count things differently and how can we go through that huge media Lumascape – there's a lot,” he said.

Dickens, also said a large part of his new role will be about nurturing and growing digital video and that this is an area that is set to “explode” at Seven West over the next six months.

“Inside my company – at the moment, I’m solely focuses on the $780 million dollars that’s being invested in digital video in this country in the last 12 months,” he said.

“And that's going to go up by 38% next year, faster than search, faster than anything else - and yes 50% or more goes towards YouTube, but that’s 50% that doesn't, and the interesting story. There’s also the question of when does the digital video revenue effectively transcend the broadcaster or TV revenue? There is still some time to go but that’s the point, in terms of thinking differently and breaking down that big digital bar is something we can all contribute to in terms of understanding.”

Commenting on his new role at Seven West, Dickens, who is a non-exec director at Yahoo!7 and was director of digital and innovation at Southern Cross Austereo until last month, said the challenge for him in his new role lies in the term chief digital officer.

Looking ahead at future trends, Dickens said mobile phones with picture projections, allowing the user to laser project content onto surfaces, will make its way into the market in a big way.

O'Grady admitted he found beacons “very compelling”, and that due to the increasing amount of pressure and competition to target people at the right time with the right message, he feels beacons can help provide a great solution for this.

O'Grady also stressed that marketers have never had so much to deal with and that while an IT head or a CEO have more set and prescribed remits, the marketer “has one of the hardest jobs today” as they have to be accountable for so much more than in previous times.

“This is evident from just looking at our Lumascape – there's more than 1,800 companies on there,” he said.