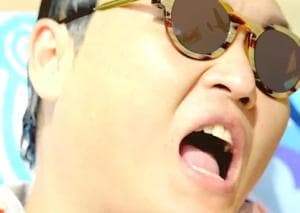 Despite the clamour around YouTube and the threat it poses traditional TV ad revenue, in its annual set of trend predictions, Deloitte has scotched the claims, declaring that short form video, as showcased by YouTube, is unlikely to ever overtake TV viewing in terms of advertising revenue or hours watched.

“While there are some eye-watering statistics on the popularity of YouTube stars, with views in the billions, we believe that short form’s success should be respected but kept in context,” according to the Australian version of Deloitte global TMT global Predictions for 2015 report.

Google has made no secret of its ambitions to turn YouTube, and in particular its highest revenue-generating YouTube stars, into viable competition for traditional television.

Last September it launched an initiative to fund the productions of some of its biggest stars and creators. The search giant revealed that it would be investing millions of dollars to produce a variety of formats, ranging in length from short to long form. It also stated that it would be pairing some YouTube performers with leading-light Hollywood producers.

However, Deloitte yesterday reiterated that TV would continue to generate, for the foreseeable future, revenues 80 times more than those brought in by the likes of YouTube.

Deloitte predictions suggest that online video providers will rake in some $4bn (US) in advertising revenues, while TV ad revenues will hit $400bn (US) globally in 2015.

Other predictions discussed in the report included the rise of contactless mobile payments; a continued uptake in smartphones; that print books will maintain market dominance over their digital versions by a substantial 80% and that drones, as well as the internet of things, will enjoy some take-up but mostly by niche, enterprising companies.

Do you agree with these predictions? Comment below and let us know your thoughts.