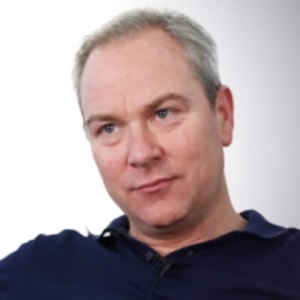 Mindshare’s global CEO has taken a hard-line stance, demanding that clients stop “beating the shit out of agencies” to force them to drop prices. Poor and price-led client behaviour needs to be fixed, he suggests, while agencies should become braver and say no to pitches.

Nick Emery, who was president of the Media jury at Cannes Lion this year, spoke to AdNews about the current raft of global pitches that have pounded the US and have also spread to the Australian market, as well as the rebates and transparency discussion which has enveloped the industry this year.

“The unfortunate thing is, clients should be looking at reviewing their agencies if they are not happy with the standard of work they are getting. Wouldn’t it be great if they were saying that instead of just beating the shit out of agencies to get a better price?” he lambasted.

Mindshare is currently in a global pitch process for Unilever, but says the majority of other pitches in play don’t negatively impact the agency.

However, he warns: “What do clients expect? They pay us less and treat us like plastics manufactures and then expect us to put the brightest and best people on their business. Pay us 10% and you’ll get fantastic people, pay us 1% and you’ll get shit people, and then you’ll pitch your business again.”

Emery points to a chasm that exists between CMOs and those who run the finances at major brands.

“There is a schizophrenia,” he said. “You talk to CMOs and they want Silicon Valley, the tech startup, the Facebook glitterati, but the procurement people don’t want that. They want to pay you less than they paid you last year and treat you like a farmer. You get what you pay for.”

His solution is that agencies take a stand and say no to pitches more often – something that Emery says his firm does, and has done on a number of occasions in the last year when notoriously price-led clients have reviewed.

The Mindshare boss believes that agencies are more often “their own worst enemy” and even goes as far to say that there’s “self-esteem” issues at the heart of many media companies, which goes back to the age-old problem of creating a “rat race” culture.

He concludes, “It’s better for us to expand our services with existing clients, than to take on new margindiluting clients, so quite often we say no. We have resigned clients who have triggered pitches due to price when we think we’re delivering extraordinary value and they’ve wanted more.”