Michael Miller: 'Here's how Google is destroying the journalism model' 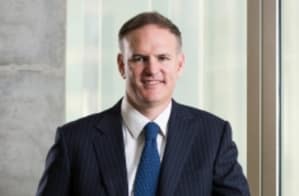 One of Australia’s top media executives has accused Google of destroying journalism by preventing media companies from running paywalls without being punished on Google search rankings.

In a strongly-worded comment piece in the Australian Financial Review, News Corp Australia executive chair Michael Miller said Google is “no friend” and has done “more than anything to destroy the journalism model”.

Miller was responding to an op-ed by Google Australia MD Jason Pellegrino, where he argued that publishers who complain about their content appearing on Google search and Google News are free to opt out.

Miller said that Google is only friendly towards businesses that play by its rules and that its monopoly on search meant that publishers had little choice.

At the heart of the issue, argues Miller, is that Google punishes publishers who place their content behind a paywall by ranking such content lower on search results.

Miller accused Google of using this tactic to “steer publishers away from subscription models because they threaten Google's advertising model”.

“Ad-funded publishers who require search traffic to make money are held hostage to Google – which can promote or bury their free content – to distribute it,” Miller wrote in the AFR.

“Subscription models allow publishers to invest more in premium content, rely less on advertising and search engine optimisation (SEO), have direct relationships with readers and invest more in platforms such as apps than search.”

Miller said the paid-for-premium model is important to ringfence quality journalism rather than free clickbait stories to “chase advertising revenue from Google”.

Yesterday, Pellegrino wrote a piece in the Australian Financial Review that said concerns about Google destroying journalism were misplaced.

He said that Google directs 10 billion visits to publisher websites each month, including to subscription websites and has also invested in Accelerated Mobile Pages technology to allow readers to access news much more quickly.

Pellegrino's argument is that publishers are free to walk away from Google search and Google News if they choose to.

"News publishers know that they are free to withdraw their content from Google Search and Google News at any time, so it is fanciful to describe the indexing of news stories by Google as theft," Pellegrino wrote in the AFR.

Recently, News Corp digital boss Nicole Sheffield said that Google needs to take a greater responsibility over the content that is pubished on YouTube. She argued there was a contradiction between the "shiny, sexy" stars wheeled out at Brandcast and the "Reverend Hate" type of videos that also reside on the platform and attract large audiences.

Today, Australia's media bosses will converge on Canberra to discuss the future of the media and show support for media reforms.

AdNews has approached Google for a response to these claims.

You can read Michael Miller's comment piece in full here.

You can read Jason Pellegrino's comment piece in full here.