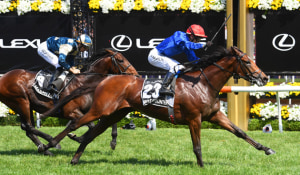 'The Race' itself attracted an audience of 2.65 million across Australia on broadcast and video player measurement (VPM).

This is the final year the network will host the 'race that stops the nation', following a $100 million deal by Ten to take over the rights.

The event maintained similar audience figures to 2017 which drew in a crowd of 1.9 million metro viewers, following a substantial drop in 2016.

While the broadcast audience remained static, streaming spiked with 17 million live streamed minutes, an increase of 56% from last year, highlighting the value of streaming in the deal.

Overall, there was 28 million live and video on demand viewers giving Seven its highest streaming day since Rio 2016.

Ten is yet to reveal its complete strategy for 2019, however a key element that will be missing is streaming rights.

In the new deal with Racing Victoria, the body managing the carnival held onto the streaming capabilities, despite being included in Seven's previous deals.