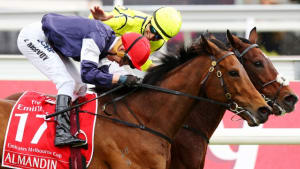 The race that stops the nation reached 1.9 million metro viewers, down on last year’s 2.07 million. However, Seven’s streaming figures revealed that all of Seven’s channels, including Plus7 Live app (which launched on the race day last year) had more than 575,000 Australians streaming across the day, which is up 18% on 2015's figures.

It was also streamed live on Twitter for the first time after the social media company secured streaming rights with the Victorian Racing Club. AdNews is waiting for the final Twitter stream figures.

Speaking to AdNews, chief digital officer at Seven West Media Clive Dickens, says “it's a great result all round”.

“The 'total video' live broadcast and live streaming audience across the Melbourne Cup Day across the Seven Network increased when considering/adding the live streams was ahead of last year,” Dickens says.

“The increase in live streaming to 575,000 alone is in line with its expectations of year on year growth.”

Seven says that in individual TV markets, the audiences were also "outstanding". In Melbourne alone, an average audience of 947,000 viewers watched the race, with the audience peaking at 976,000.

While the race dominated the ratings, the premiere of Seven's First Dates was the second most watched entertainment program of the night after The Block.

The dating show kicked off its second season last night at 7.30pm to an audience of 798,000 metro viewers, according to the official source of television audience measurement, OzTam. See here for Brands get behind the race that stops a nation.