Brands get behind the race that stops a nation 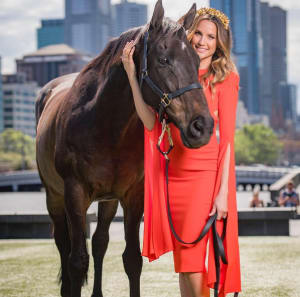 Brands are hoping to back a winner this Melbourne Cup Day, with many piling in to get a share of voice during the race that stops a nation.

Myer along with the likes of the bookies Ubet, Sportsbet and William Hill, are all trying to cash in on the biggest racing day of the year, with dollars flying out of pockets today predicted to hit the six million mark.

Myer, which also has a main marquee at Flemington, has launched a sponsored Snapchat filter which allows snapchatters to don a flower crown or metal headdress under an adorned archway. 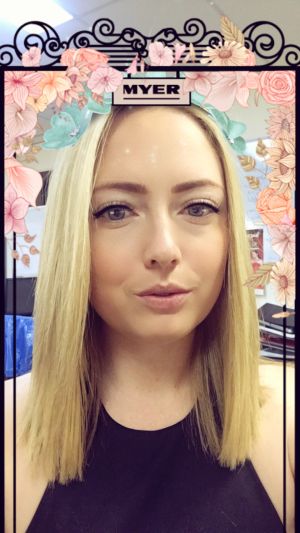 Naturally, the key betting brands also have a strong presence, with all releasing content online. Ubet has made the biggest play calling on the Queen to give all Australians (and maybe even the kiwis), a day off under its #Ubetwecan banner.

Sportsbet has patented a new form guide that will help punters pick a horse based on the types of undies they're wearing and William Hill is encouraging betters to double-down.

Newspapers are also giving inches to the Cup, with The Australian featuring a favourite Jameka on its cover.

This year's Melbourne Cup also marks the first time Twitter will be live streaming the race, making the race available to a global audience.

AAMI Insurance and Emirates are both sponsors of the cup. Nielsen data revealed more than a quarter (26%) of horse racing fans associate the Emirates brand with horse racing - which is the highest of any brand associated with a sport (TAB is second with 19%).

According to media agency Atomic 212, popular Irish race horse Bondi Beach has come out the winner in today’s big race ... when looking at the online search race, that is.

The agency has crunched the numbers and determined the horses that are getting the most searches in the build-up to today’s big race. Compared to the rest of the field, Bondi Beach has been the dominant horse in terms of searches, followed by Australian horse Jameka in a distant second, then English horse Oceanographer in third.

Atomic 212 CEO Jason Dooris says: “It might be the race that stops the nation, but it certainly doesn’t stop them searching online for a winner. These figures might give punters that little piece of extra information, although search data is more of a popularity contest than anything else.”

“This audience is engaged and our research shows that major sponsors of The Cup – such as Emirates and AAMI – generate significant media exposure value through the millions of people watching on televisions in or outside of homes, via internet or mobile streams and now on the twitter steam," he says.

When it comes down to the hard numbers betting brands can be expecting to pick up this year, The Australian is reporting that Tabcorp and Sportsbet are expected to take more than seven million individual bets on the Melbourne Cup.

Tabcorp is also expected to process some 3000 bets per second, with one in every four bets will be placed using the TAB App, and 70,000 gamblers were expected to be using it at its peak.