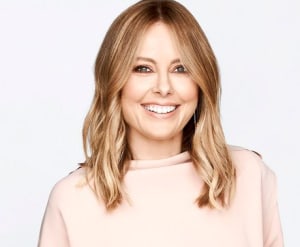 Nine’s decision to have Stefanovic present the morning show once again after his high-profile exit in 2018 has ramped up interest around the breakfast show ratings battle.

The driving factor in the uplift for Nine, which was hovering below 200,000 the same time last year, has been largely put down to Stefanovic’s return to the couch.

However, Mediacom’s Butterworth says Langdon’s role in attracting viewers is being overlooked.

“It’s great to have Karl Stefanovic back, but I don’t think you can underestimate the importance of having Ally Langdon,” Butterworth says.

“Karl is a big personality with a big point-of-view on things and he’s getting a lot of media attention. But Ally Langdon is an incredibly seasoned journalist and she has quite a lot of credibility.

“So it’s really around the balance of both as opposed to just him being back.”

Butterworth says Langdon, who has also worked on Nine’s 60 Minutes, would have significant appeal for female viewers.

“There are definitely brands wanting to align with someone like her,” Butterworth says.

“She’s a seasoned journalist with a lot of experience, a career woman and a working mom.

“If you're looking at aspirational women, I'm sure she would be up on the list, not to say that the previous hosts haven't been as well. But if you're looking at the opportunity there, I think she's definitely someone that would have qualitative commercial appeal.”

While Nine has edged closer to Sunrise, hosted by David Koch and Samantha Armytage, Butterworth says recent viewing numbers could be higher than usual due to the bushfire crisis which saw Stefanovic and Langdon return earlier than scheduled.

“People naturally turn more to news, so you would expect to see your news ratings up,” Butterworth says.

“You have to wait for things to settle down and have a look at it over a much longer period of time. It’s encouraging results for Nine, absolutely, but it's a long year and we’re only one week in.”