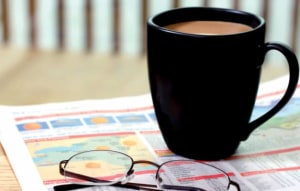 The Screen Producers Australia (SPA) has called for streaming companies like Netflix to be subject to the same local content rules as TV broadcasters, the Australian Financial Review says. The European Union's broadcasting regulations is overhauling its broadcasting regulations to force SVOD players like Netflix and Amazon Prime to dedicate at least 20% of their libraries to European content. CEO Nine Entertainment chief executive Hugh Marks says he would rather see changes to create a level playing field on tax contributions.

Fetch TV on the growth path

Fetch TV aims to lift ist subscriber base to 600,000 by the end of 2016 and anticipates a significant boost to numbers from the English Premier League, CEO Scott Lorson tells Fairfax Media. Fetch TV now has 400,000, enjoying strong growth after its decision to add Netflix to its platform. Foxtel has 2.9 million subscribers.

Ad spots on State of Origin game one sells out

Nine has sold all advertising slots for the first State of Origin game on Wednesday night, The Australian reports. Nine's chief sales officer says advertisers have paid $145,000 for a 30-second spot in a broadcast that is expected to draw more than four million viewers.

Australian Competition & Consumer Commission (ACCC) chairman Rod Sims says Optus' securing the local broadcasting rights for the English Premier League is good for competition in sports rights as Telstra has traditionally been the dominant telco in terms of sports rights.