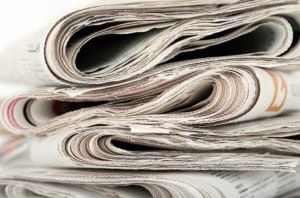 Netflix's exclusive partnership with Singtel-Optus has come to an end after three months, with telcos now in a bidding war to secure a partnership with the streaming service, according to the Australian Financial Review.

The Optus agreement allowed the telco to feature Netflix heavily in its marketing campaigns and hand out free subscriptions in order to drive sales. Netflix will now hold off signing a new deal for three months as part of the original agreement.

But the AFR believe both Telstra and Vodafone are thought to be in talks with Netflix for a similar arrangement to start just before the Christmas shopping period.

The television industry is pushing for the Abbott Government to raise the tax offset for television productions, to bring it in line with rival locations such as New Zealand, according to the AFR.

Currently, the tax offset is at 20% of qualifying expenditure, with the industry reviving calls for it to reach 40%; the figure currently on offer to producers of movies that are shot in Australia.

Foxtel CEO Richard Freudenstein told the paper that “An increased producer offset would mean and higher-quality Australian stories on screen and massively more opportunities for job creation and skill development.”

Also in the AFR, the Abbott government is considering splitting the chair and CEO roles at the Australian Communication and Media Authority (ACMA) with industry complaints that the watchdog takes a “rigid” approach to broadcasting regulation.

It is also thought that further headcount reductions could be possible as part of a review by the Department of Communications which wants to change the culture of the organisation amid ongoing shifts in the media landscape.

The Australians Women's Weekly online traffic has seen a 33% boost since launching its new website and ending its relationship with Ninemsn, according to The Australian.

Figures place its online users from 846,644 in May last year to 1,133,820 in May 2015, following a relaunch April, which also saw the end of its commercial relationship with Ninemsn. The tie-up was part of a long-standing agreement from before Bauer bought ACP, with Ninemsn taking the magazine title's content and redirecting traffic back to the sites of the individual mastheads.

Despite concerns that circulation would drop as a result of The Australian Woman's Weekly relying on high volumes of visitors to the Ninemsn, the figures reveal the online site's audience has actually grown.

Also in The Australian, the ABC has been using taxpayer funds to buy a wide range of Google search terms as it looks to boost its news audience.

An investigation by the paper found from searches using general news related terms in late June found that the ABC was using paid Google Ad words to rank highest on the search engine using terms such as 'breaking news”, “international news” and “national news”.

It said that the move has been criticised for being beyond the terms of the ABC's charter which require it to take into account the commercial sector.